"Competitor at heart, I never give up."

The adventure was launched and the objectives of Manuel Cousin and Groupe Sétin were very clear. A joint commitment was made to do everything possible to achieve the 2020 Vendée Globe goal and it is now a done deal!
A programme aiming to sail around the world single-handed, non-stop and without assistance, and to involve partners and the widest possible public in the adventure. So it’s a long story that begins, after a 22nd place this season in the Transat Jacques Vabre race.

Program in 2020, apart from the Vendée Globe

“The Transat and New York – Les Sables are on the calendar. We’ll be there. In any case, it was out of the question to miss New York – Les Sables. A very big year awaits us next year. And for the Vendée Globe, there is no longer any doubt. Even if, unfortunately, we weren’t at the finish of the two transatlantic races in 2020, we should mathematically be at the start. » 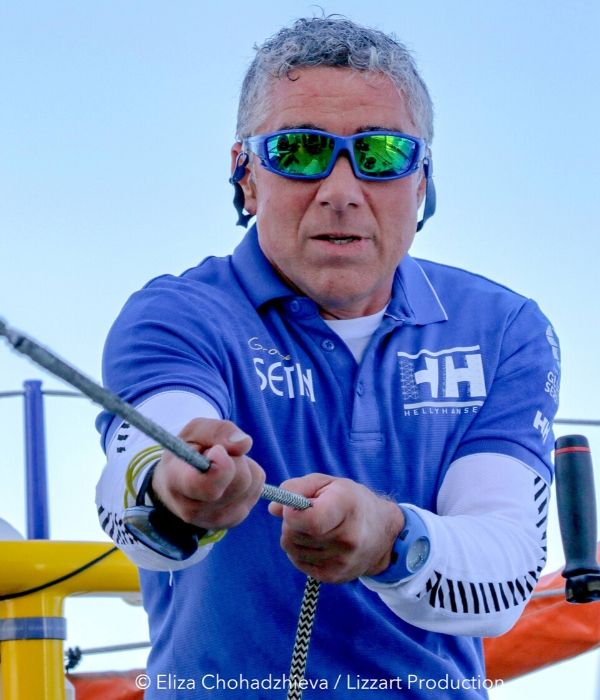 Manuel made the decision to change his life and go from being a passionate regatta sailor to a full time professional skipper. In 2017, at the age of 50, he quit his job as a salaried employee to compete against the greatest skippers at the start of the biggest ocean racing events, with an ambitious programme leading up to the 2020 Vendée Globe!

Based in Les Sables d’Olonne (in the Vendée), the boat’s home port, Manuel Cousin already has a long list of achievements with no less than five ocean crossings, around fifty France-England Transmanches and around twenty Transgascognes. Qualified for the Route du Rhum – Destination Guadeloupe since May, he has validated all of his entries in the IMOCA World Championship this season, which means he has established his reputation on a highly reliable boat.

From his four seasons in Class40, Manuel Cousin draws a very positive result, competing against the best in flagship races such as the Transat Jacques Vabre and the Transat Québec-Saint-Malo, with his loyal partner Groupe SETIN. Having arrived in the IMOCA Class two years ago, his first season, devoted exclusively to ocean racing, is a reflection of his tenacity. His career and experience, without fail, will have enabled him to be among the competitors in the Route du Rhum 2018. 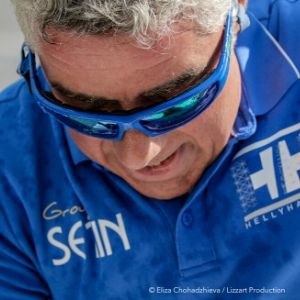 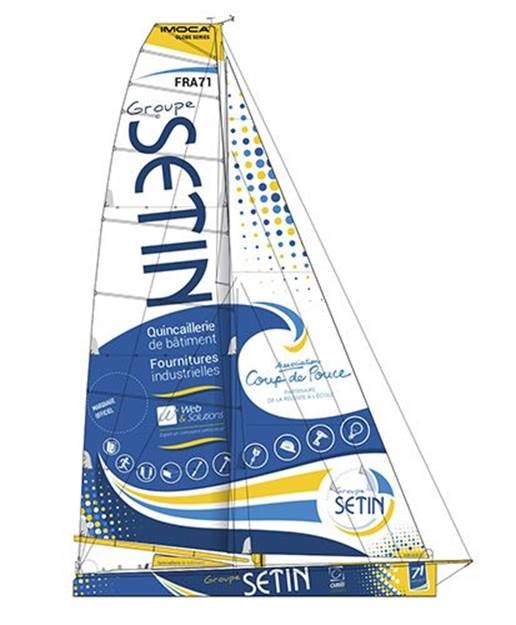 Light, comfortable and floatable, the sunglass POLA STAR is ideal for sailing and boating. Its removable foam makes it semi-waterproof and floatable ! Its category 3 polarizing lenses reduce reflections on the water, considerably improving comfort and visual perception while reducing eye fatigue. Its removable strap provides comfort and support for a safe tack.